Your little speed racer can easily chase their dreams with the Disney/Pixar Cars Toddler Tent Bed by . Colorful graphics of Lightning McQueen, Jackson Storm and Cruz Ramirez will let your child's imagination take off. The tent sits above a sturdy toddler bed, with a mesh window and a roll up door on either side. About Cars: The ultimate speed racer, Lightning McQueen, loves going faster than fast. A four-time Piston Cup winner and World Grand Prix favorite, McQueen's cool and confident attitude paired with a supercharged V-8 engine, free-flowing dual exhaust and speeds that reach 200 MPH makes him the wheel deal. Off the track, he spends most of his time in Radiator Springs-a small town along Route 66-with his best bud, Tow Mater and girlfriend, Sally Carrera.

Brian Clark
I was impressed by the beds, they looked plastic but the construction is very solid. The frame and most the attaching pieces are metal making for very solid construction. The tent however, I regret buying. The tension rods used are similar to your standard tent rods. The problem with the tent is the connection pieces on the rods are plastic. One day and my twins had four (I have two beds) of the rods connection pieces broken and rendered useless.

Edit 1-26-2017: Received a reply to my email regarding the issue with the tent poles from Amazon with a link to Delta Enterprise's warranty information. Called Delta's customer service and 7 minutes later replacement poles for both tents are on their way to my house! Excellent and friendly customer service.

Edit 5-16-2017: It has now been 4 months and I had received one set of replacement poles around 6 weeks after calling in January. I called in March and they informed me that they would send the second set to me, at this point I asked about a tracking number to ensure the package would be, or was previously, delivered. Come the end of April, still no package and no tracking number so, I call them back again. I was informed that they saw the initial packages but didn't see anything sent after. I asked, again, for a tracking number so that I can ensure receipt of the package. They took my number, promise to call back and then nothing. I just called again today, now the poles are on back order and they state that I should call back in a few days or weeks to check on them.

Edit 2-6-2018: I received the replacement poles. No tracking number, no notice via either email or phone call. They just arrived one day.


Angela
I put this bed together myself with few issues (besides my 2yo). The bed itself is sturdy and I'm happy with it. To buy the bed alone was around $50 and to get the tent and bed combo was only $8 more with the open box deal Amazon had at the time so despite the reviews I rolled the dice. My son loved the tent feature and even stayed in bed when he couldn't sleep but played so much with the bed that one night I heard him crying and went to check on him, one of the velcro door flaps was stuck to his pajamas and he couldn't get it off. The next night he was up again and this time one of the tent clasps had popped off causing the tent to lay flat at his feet. Overall, the tent is cute and a fun concept but not practical for my active toddler. It's not worth the extra money to me unless you're willing to put it on in the day and take it off at night which would quickly become a pain. I did not have any issue with the poles snapping like other reviewers but we only had the tent up a couple night. Conclusion: bed is worth it, tent is not.
Customer
This bed is for my 2 year-old. He was super excited to see all of his favorite Mickey Mouse charters on his bed. I decided to purchase the Mickey Mouse bed with a tent being that it was only a $4 difference to add the tent. The bed itself is pretty durable. The tent on the other hand not sure how long it’s gonna last. Being I only paid $4 for it not a big deal. But obviously the tent is the biggest feature of the bed his absolutely loves playing peekaboo from his tent bed. Fast shipment and pretty easy to put together. I would recommend this bed but please keep in mind that the tent is pretty flimsy not the best quality.
Jessica Leanne Dove
My son hasn't slept by himself since he was 1.5 when he learned how to flip out of his crib and climb in my bed. For safety reasons I had to get rid of the crib. So for 6 months he has slept in the bed with me. I bought this bed praying that he would love it so much he would want to sleep in it. AND.... HE DOES! No arguing, no fussing, nothing! I say, "It's night night time" and he crawls right in!!!!
Elisa Norton
Bought this bed for my sons 2nd Birthday. Set it up August 25. By September 1st the tent poles were snapped where the joints are, just from him climbing in and out of the doorway. The joints are plastic and can't support the tension caused by the tent poles curvature. I called the manufacturer to file a complaint and they are sending me replacement "hardware", which is great but they will break again. Anyone else who has this issue - the phone number for Delta Children is1-800-377-3777. I highly recommend calling and complaining about the poorly designed tent. I will continue to call them every time this happens.

Other than that the bed is great and my son loves it.
GemmaStone
We purchased this bed for when my son goes to his ohmas for sleepovers once a week.
He just graduated from his crib to a big fort type loft bed at home, which is enclosed somewhat. When we saw this we figured it would offer him that same type of enclosed feel which he likes.

Thankfully it was a total win and more so since it features mickey...his favorite character.

The tent portion is sturdy and offers him that boys fort feel. He really loves it. The bed however is not a twin size so keep that in mind, it uses a crib mattress still. We had one thankfully still and used that. Worked wonderfully...but he will outgrow.

For now though it's a nice sturdy toddlwr bed and was easy for my mom to put together herself. Took her 45 minutes alone. 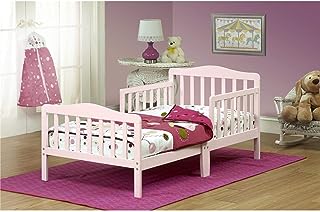 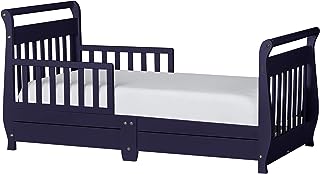 Dream On Me Toddler Bed with Storage Drawer - Black
$50.47

Dream On Me Toddler Bed with Storage Drawer, White
$69.12 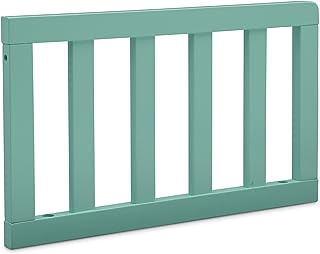 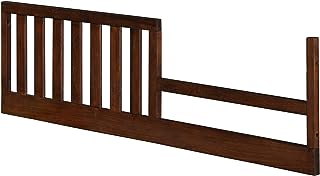 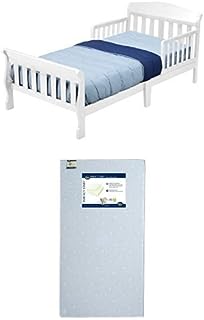 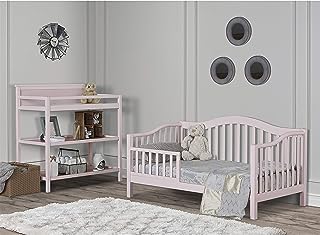 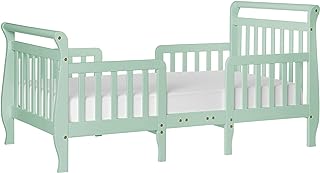 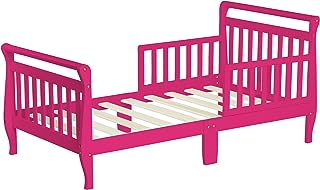